Unlock Your Potential with the Scale of Consciousness: The Revolutionary Ideas of Dr. David Hawkins 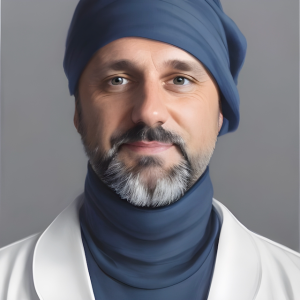 Dr. David Hawkins was a renowned psychiatrist, spiritual teacher, and author who dedicated his life to exploring the nature of consciousness and the potential for personal growth and development. Over the course of his career, Dr. Hawkins made significant contributions to the fields of psychology, spirituality, and personal development. He developed a very popular map with the Levels of Consciousness and introduced tools like Kinesiology or Muscle Testing. His books and teachings have inspired millions of people worldwide. In this article, we will take a closer look at the life and work of Dr. Hawkins, and explore some of the key ideas and concepts that he explored in his books.

Dr. David Hawkins was born in 1927 in Milwaukee, Wisconsin, and grew up in a family of physicians and scientists. He studied pre-medicine at the University of Wisconsin before serving in the U.S. Navy during World War II. After the war, he completed his medical degree at the University of Wisconsin Medical School, and went on to train in psychiatry at the Menninger Foundation in Kansas.

Throughout his career as a psychiatrist, Dr. Hawkins was deeply interested in the nature of consciousness and the potential for personal growth and development. In his own words, “the study of consciousness is the study of reality itself.” He was particularly interested in exploring the relationship between the mind and the body, and the role that consciousness plays in our health and well-being. In the 1960s, Dr. Hawkins began to develop a unique approach to psychiatry that combined traditional psychiatric techniques with spiritual practices such as meditation and prayer. This approach, which he called “spiritual psychiatry,” emphasized the importance of inner peace and spiritual connection in the healing process.

Dr. Hawkins’s Scale of Consciousness has been widely used and studied in the fields of psychology, spirituality, and personal development. It has been featured in numerous books, articles, and workshops, and has been used as a tool for understanding and transforming human behavior.

In his subsequent books, such as “The Eye of the I” and “Letting Go,” Dr. Hawkins explored the relationship between consciousness and personal growth and offered practical advice and guidance for individuals who want to cultivate higher levels of consciousness and well-being.

The Key Ideas of Personal Growth

One of the key ideas that Dr. Hawkins explored in his books is the relationship between consciousness and personal growth. In “Power vs. Force,” he wrote, “growth is the natural outcome of a rising level of consciousness. As consciousness rises, the awareness of one’s own limitations, as well as the recognition of the need for change, increases. The individual becomes increasingly open to new ideas, to new experiences, and to new ways of being.” According to Dr. Hawkins, the key to personal growth and development is to cultivate higher levels of consciousness, and to embrace a mindset of openness, curiosity, and flexibility.

For example, if we are stuck in a pattern of negative thinking and self-doubt, we may be operating at a low level of consciousness. In this state, we may feel helpless and powerless, and may be resistant to change and growth. By contrast, if we cultivate a mindset of love, joy, and peace, we can raise our level of consciousness and open ourselves up to new possibilities and opportunities. As Dr. Hawkins wrote, “when consciousness rises, the individual becomes more open to new experiences, and to new ways of being.“

Another important idea that Dr. Hawkins explored in his books is the concept of letting go. In “Letting Go: The Pathway of Surrender,” he wrote, “letting go is the key to the attainment of inner peace, which is essential for the fulfilment of one’s potential. Letting go means surrendering all forms of resistance, including the resistance to change. It means letting go of the need to control and to be right, and accepting the present moment as it is. It means releasing the past and the future, and living in the present.” According to Dr. Hawkins, letting go is a crucial step on the path to personal growth and fulfillment, and is essential for overcoming the obstacles and challenges that we face in life.

For example, if we are holding onto a grudge or resentment towards someone who has wronged us, we may be stuck in a state of anger and bitterness. This state of mind can be toxic and destructive, and can prevent us from moving forward and growing. By letting go of our anger and resentment, and accepting the present moment as it is, we can free ourselves from the chains of the past and open ourselves up to new possibilities and opportunities. As Dr. Hawkins wrote, “letting go means releasing the past and the future, and living in the present.“

Dr. Hawkins’s books have been widely read and appreciated by people from all walks of life, and his teachings have inspired many people to explore the nature of consciousness and the potential for personal growth and development. In addition to his work as a psychiatrist and author, Dr. Hawkins was also a spiritual teacher and mentor, and offered workshops, retreats, and seminars on a variety of topics related to consciousness and personal development.

In the last few years of his life, Dr. Hawkins continued to write and teach about the nature of consciousness and the potential for personal growth and development. In 2012, he published his final book, “Transcending the Levels of Consciousness,” which offers a comprehensive overview of his teachings and insights on consciousness and personal growth. In this book, he wrote, “the purpose of life is the expansion of consciousness, and the ultimate goal of human existence is the realization of one’s true nature as infinite and eternal.”

In conclusion, Dr. David Hawkins was a pioneering psychiatrist, spiritual teacher, and author who made significant contributions to the fields of psychology, spirituality, and personal development. His groundbreaking ideas and insights on consciousness and personal growth have inspired millions of people around the world, and his books and teachings continue to be widely read and appreciated. By exploring the nature of consciousness and the potential for personal growth and development, Dr. Hawkins has provided us with valuable tools and insights that can help us to overcome the obstacles and challenges of life, and to live more fulfilling and meaningful lives.

2 thoughts on “Unlock Your Potential with the Scale of Consciousness: The Revolutionary Ideas of Dr. David Hawkins”

Become a part of Pineal!

Enter your name to stay in the loop and receive new articles and newsletters every time we publish it. In addition, you will occasionally receive notifications about our upcoming events and programs.

Have you ever met a person with whom the connection is so very strong that it becomes almost impossible to think about anything else?Have you ever experienced that in these moments the feeling is intense

To be completely open is to be completely exposed.Is this a wrongness? No, quite the opposite.In this state we are open to receive all the magic of life. While it can be beautiful it can

It is common to perceive life as a series of enjoyable and not so enjoyable experiences. To ‘enjoy’ something is to take delight or pleasure in it, whatever it may be. When we understand that